JERA Co., Inc. ("JERA"), Electric Power Development Co., Ltd. ("J-Power"), and Equinor ASA (“Equinor") have formed a consortium to jointly evaluate and work towards submitting a bid for offshore wind power projects in Akita Prefecture off Noshiro City, Mitane Town, and Oga City, and off Yurihonjo City (the “Projects”). Going forward, the consortium will work towards bidding for the Projects based on the “Act on Promoting the Utilization of Sea Areas for the Development of Marine Renewable Energy Power Generation Facilities.”

JERA supports sustainable deployment of ocean-based renewable energy as a sole member from Japan of Ocean Renewable Energy Action Coalition which is formed by global companies and organizations who lead offshore wind power industries, and as it aims to become a global leader in renewable energy, it is driving the development of large-scale offshore wind power projects in the world. In Taiwan, which has similar weather and sea conditions to those in Japan, JERA has been accumulating experience and expertise in development, construction, and operations in a short period through joining projects in different phases to apply them to offshore wind projects in Japan such as the Projects.

Equinor is the world’s leading floating offshore wind developer and has a firm ambition of becoming a global offshore wind major. Building on 40 years of offshore experience within oil and gas and with activities in more than 30 countries, its renewable strategy is to build scale in core regions and develop growth options in selected markets. Today Equinor has significant offshore wind positions in the UK, the US North East and in the Baltic Sea. Equinor believes Japan is a growth market with high potential for both bottom fixed and floating offshore wind. Akita is Equinor’s first offshore wind opportunity in Japan and it works pro-actively and sincerely. Equinor has been present in the country since 2018 and has an office in Tokyo.

All three companies have developed, constructed, and operated large-scale power generation projects around the world for a long time. The three companies believe that by bringing together their respective expertise and strengths to generate new synergies, will be able to achieve world-class offshore wind power generation projects that are long-term, stable, and efficient.

The consortium is committed to the long-term operation of these offshore wind power generation projects which are in unprecedented scale in Japan. The consortium will contribute to developing local economies and achieving a sustainable society by moving the Projects forward with the understanding and cooperation of all stakeholders and local communities. 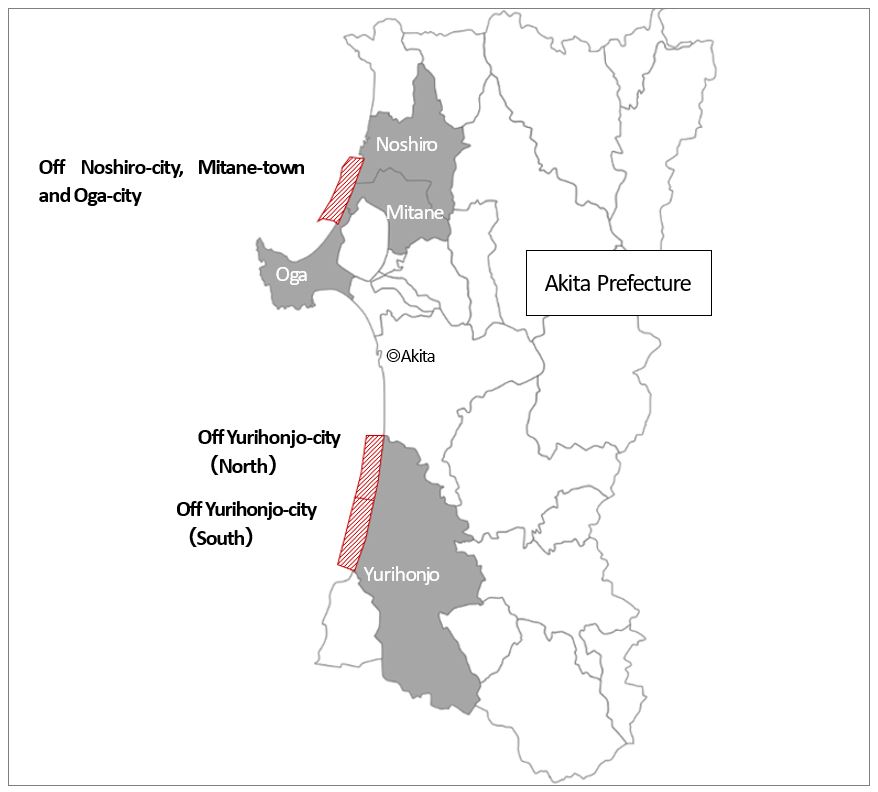