The CWC LNG Innovation Asia Pacific Award is given to a company operating in the Asia Pacific LNG industry that has excelled themselves in the previous 12 months in terms of commercial or technical innovation.

According to the conference organizer, CWC Group, it won "for the creation of JERA and its consolidated portfolio of 40 million tons per annum of LNG".
In addition to that, it is the first Japanese entity to win the award.

JERA, as one of the world's largest LNG buyers, will continue to send its views concerning the global LNG market and to seek for the revolution of the LNG market in Asia and expects the award will give it good momentum for such activities.

At the awards ceremony 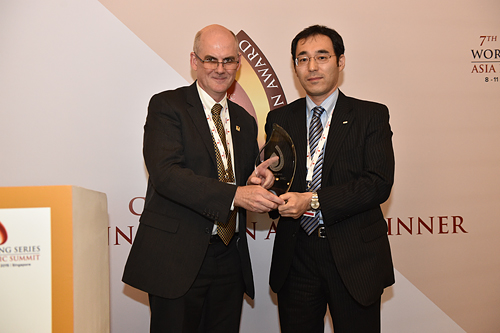